Behind The Scenes: The Real World Location of Camp Corona

Posted by robbneumann on Friday, 5 August 2022 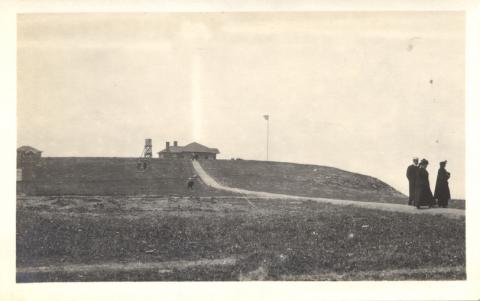 I'm not much of a hiker. I admit that with a fair amount of shame given that I live in Colorado. It's sort of a "thing" here, so even though I'd rather be at a coffeeshop or record store, I do manage to get to the mountains occasionally.

In 2015, my brother-in-law took us up an old jeep trail outside of Winter Park and we eventually ended up at the top of Rollins Pass, a place that got stuck in my brain. There was something so desolete and alien about the space. A few hundred feet above tree line, it literally is on the top of the world, a place so high and barren that only a few, low shrubs grow.

I had been tinkering with an idea for many years about a group of survivors living above the tree line, like they were living on islands above an invisible sea. Something about Rollins Pass made sense, so when I was starting to plan for my NaNoWriMo project the next year, my mind came back to this place, with its perpetual wind and cold. We were up on Rollins Pass in mid-August, the height of summer, but even in that heat, snow was still clinging to some spots.

The crumbling restaurant foundation is also real! I exchanged a series of emails with Jack Reed of the Denver & Salt Lake Railway Historical Society who helped me understand the area a bit better and shared a few historical photos and stories. Apparently the restaurant had been built by William Lininger in 1907, who then sold the building to the railroad in 1917. The railroad had planned to build a resort up there, but were unable to reach an agreement to lease the land from the Forest Service, so the building sat empty for 10 years. When Moffat Tunnel was built, the road through this area was closed, and Rollins Pass was eventually just left to the elements. No one is really sure what happened to the restaurant any more, but the building was either destroyed or demolished. The only thing standing up there now is a forest service sign marking the location.