Posted by robbneumann on Friday, 8 July 2022 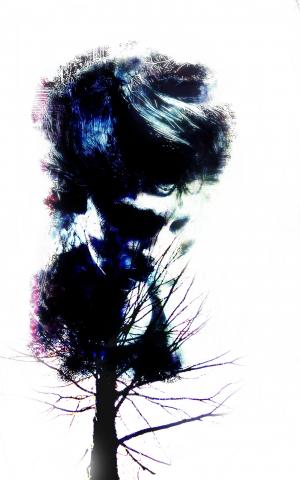 So, I've decided to do a thing.

I've told the story a few times on here. My book “Tree Line”started as a National Novel Writing Month project back in 2016. I cranked out the required 50,000 words and then, in the years since that frantic start, kept adding words to finish the story. When I started “Tree Line,” and in the time since, using a global pandemic as a backdrop to isolate a tiny community seemed like an interesting idea. To my mind, it was the "odd one out" apocalypse, something usually overlooked in a sub-genre usually dominated by nuclear hellstorms, solar flares, gas storages, and alien attacks.

The problem is that sometimes the real world feels like upstaging fiction and we've all been locked in wave after wave of COVID and its variants. Trying to put a book about a deadly airborne virus into the hands of readers, whether by finding an indie press that would want to take a chance on it or via the freedom of self-publishing, feels weird now. It feels disrespectful. So, I had decided to just shelve “Tree Line” until times or circumstances were a bit different. I’ve shared it with a few friends, but otherwise thought it might be best to just let it collect digital mold on my hard drive as an ambitious project that tanked because of bad luck or timing.

The thing is, I still believe in “Tree Line.” I believe in the characters. There are moments in their story that still come back to me while I'm commuting to work or trying to fall asleep at night. Occasionally I'll hear their voices in my head as a retort to something overheard on the radio. I think about the forgotten residents of Camp Corona, barely holding on to life at the top of the world, filled with equal parts fear and boredom, and I wonder if anyone else would want to get to know them.

Writers will frequently describe their books as their children. It makes sense in a way, given how much time a writer puts into growing and developing a story. I guess, in some ways, I feel a little guilty about locking this particular child in the attic, sealed away from the world, isolated and sad. So, what do you do with a story like this, a story about the aftermath of a plague while people are struggling to protect themselves from a real plague? Do I keep bothering indie press editors? Should I forge ahead and self-publish it like I did with "Leech?" Neither really feels right, so what do I do?

I had an interesting idea. What if, instead of following either path, I just shared it here? What if I just put “Tree Line” into the hands of friends, as I have already been doing, as opposed to trying to fight for attention in slush piles or ebook listings? What if, instead of letting it sit on a hard drive, I trust readers instead of trying to convince them? What if I put it out there, or may accurately, put it out here? I've decided I'll post one chapter of “Tree Line,” every week, here on my blog.

There is nothing new about serialized fiction. I'm not breaking any new ground. All I'm doing is using this well-trodden release format to put my faith in my book and my trust in you as a reader, at the center of this experience. There won't be any fees or pay walls. I won't be collecting subscriptions or providing just a few sample chapters. There will be no barriers to enjoying it, assuming the premise isn't too painful for you because of real world factors. You're free to donate a few dollars if “Tree Line” connects with you, but the full text will be here for you, one chapter per week, whether you support me finanically or not.

While this kind of release format isn't new, this is still new to me. I'd love to hear your thoughts in the comments, if you'd be willing to share them. You can also reach out to me on Twitter at @robbneu. I'd love to hear what you think, not only about this model, but about the book.

I hope you come back and enjoy it. Thanks.

Cover concept and design (above) by the talented and kind Wayne Fenlon.