It's alive, it's alive... it's ALLLIIIIIVVVEEEE!

Posted by robbneumann on Tuesday, 6 March 2018 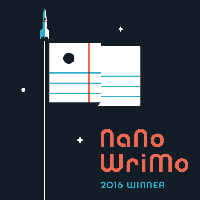 It has been a shockingly long time since I've updated the blog, but that's not always a bad thing. Silence can be productive and I have been busy working on a number of writing projects:

I think that's it for now. When I look at what I've been doing the last year, it actually feels like a lot, so I'm hoping 2018 can be a productive year for me.

Thanks for reading and checking back in!